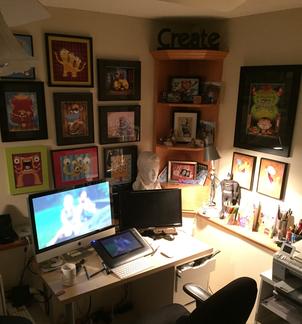 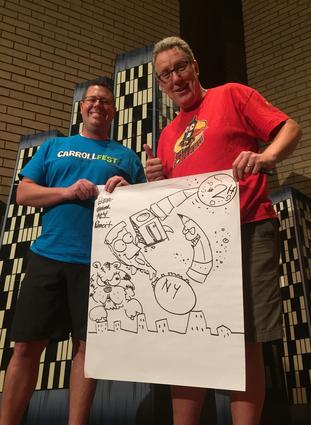 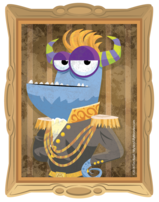 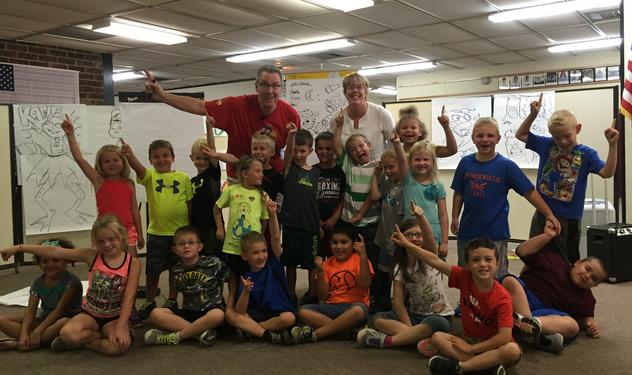 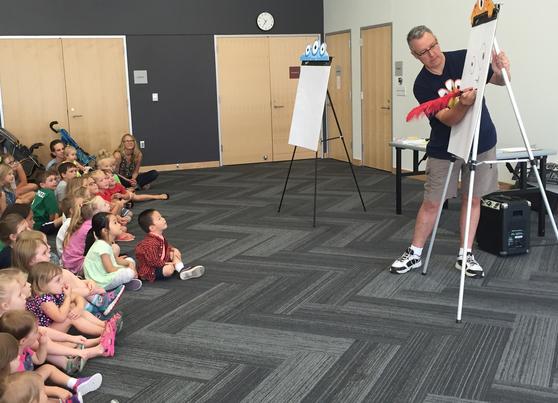 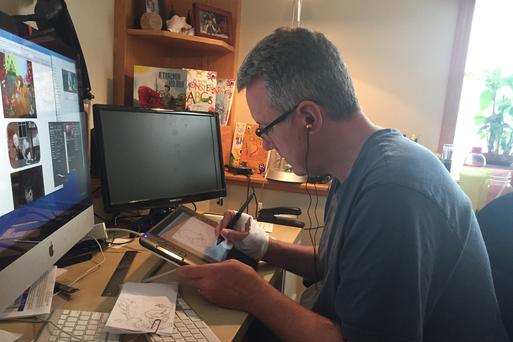 Tim Read lives in Ames, Iowa with his wife and four kids. Tim began his career in high school drawing cartoons for his town newspaper. while in college he supported himself holding various retail positions and drawing caricatures on the weekends at festivals and events.

After college Tim moved to Chicago to become a staff illustrator and designer for a pull-tab gaming company.

During his time in Chicago Tim honed his skills as a vector illustrator. While he still enjoyed creating freehand illustration he fell in love with vector art because of its clean finish and ability to produce images more quickly.

In 2003 he and his wife moved back to Iowa where he landed a graphic design position at a national mortgage company and quickly realized the restrictions of corporate brand design was slowing his creativity and in 2007 decided to jump ship and start 5 Fingers Creative, a design and illustration studio of his own. 5FC soon became the go to place for fun whimsical illustration and he decided to concentrate on the illustration side of the business.

Due to his love for kid's books in 2012 Tim self-published his first kid's book My Very Silly Monster ABCs. the popularity of MVSM ABCs led to ten other titles and growing.

Today, Tim concentrates on his line of books, art licensing, mural illustration, and children's illustrations. When Tim isn't in his home studio working on the next big thing he can be found traveling the Midwest speaking to kids about the power of creativity and imagination at schools and libraries.